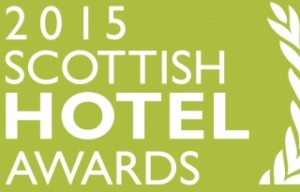 Whilst I’m writing this I’m on my way to what is undoubtedly to be another great night at the annual Scottish Hotel Awards , this time being held at the beautiful Crowne Plaza Hotel Glasgow.

This year the awards are organised by Paragraph Publishing, publishers of the Whisky and Scotland magazines and many events and awards associated with the food and drink sector.

Following on from a year of many changes within the Scottish Hotel Awards scheme, I’m sure that the 2015 Awards Night will be another one to remember!

The awards celebrate the shining stars of Scottish Hospitality following three months of mystery judging visits from January to March 2015.

This glamorous night will be hosted by Scottish top comedian Fred MacAulay, always a guarantee for a good laugh!

Previous years we’ve been involved with the social media presence and management during the event which was quite a challenge as we didn’t know the winners of the various awards which meant we had to tweet live whilst the winners were being announced on stage.

This year we can take a much more relaxed approach as Paragraph Publishing now has a team in place to manage the social media and I’m sure the team have prepared and scheduled many tweets to go out tonight whilst the winners are on stage.

We are delighted to join tonight’s celebrations as a researcher for the #SHA15 awards and see many hospitality business being rewarded for their hard work, dedication and passion for delivering world class service to their guests.

Keep an eye on the #SHA15 Twitter live stream to find out if your local Hotel, B&B or Restaurant has won a coveted award!